A glossary of terms to get started on climate action

Climate change is the greatest and the most urgent challenge humanity has to tackle right now. The goal of limiting global warming below 2°C above preindustrial levels, if not 1.5°C,  to avoid a climate disaster is incredibly vast and complex, leaving real world actors uncertain where to start. For that purpose, below you can find the most common climate-related terms to get you started.

A carbon footprint is a measurement of the total amount of carbon emissions caused by someone (or something). Individuals’ carbon footprints are made up of all the carbon that is released in their daily lives as a result of their actions and choices. This can include anything from taking the bus to what you ate for lunch; it all contributes in some way. The carbon footprint of a company is made up of all the carbon emissions produced by the company’s operations, owned and controlled assets, energy use, water and waste management, sourcing of raw materials, packaging and shipping, end-of-life treatment of products, as well as business travel and commute, and more.

Carbon neutrality refers to balancing carbon dioxide emissions with other methods of carbon dioxide removal. This can be accomplished through reforestation or other carbon-capture processes.

Carbon offsetting is a method of achieving carbon neutrality. Simply put, it is a form of “carbon compensation.” To offset their carbon footprint, companies or individuals can sponsor environmental projects around the world. Carbon offsetting schemes can include any environmentally beneficial program, such as clean energy development, reforestation, and emission trading schemes.

Decarbonisation is the removal or reduction of carbon emissions that would otherwise be released into the atmosphere. More specifically, it is the transition to an economic system that reduces carbon emissions indefinitely with the goal of achieving a carbon net zero global economy.

All of our at-home web-based work and leisure activities, from emails to web calls, have a cost, and that cost is our digital carbon footprint. The internet’s energy consumption and carbon footprint are estimated to be greater than that of annual global air travel.

The Guardian reported in 2010 that the internet emits 300 million tonnes of CO2 per year, which equates to more than half of the fossil fuels burned in the UK each year. When you factor in our increased use and reliance on the internet a decade later, you can see the gravity of the problem that is frequently overlooked.

The Greenhouse Gas Protocol (GHG Protocol) is a globally recognized standard for measuring and managing greenhouse gas (GHG) emissions from businesses and their value chains, as well as emission reduction measures. The GHG Protocol was established in 1990 in response to the need for a consistent framework for reporting greenhouse gas emissions. Today, it works with governments, industry associations, non-governmental organizations (NGOs), corporations, and other organizations to provide the world’s most widely used emission calculation guidelines. The GHG Protocol Standard distinguishes three scopes for allocating emissions. Direct emissions are covered in Scope 1, and indirect emissions are covered in Scopes 2 and 3.The GHG Protocol requires its users to report the Scope 1 and 2 emissions of their company, whereas the reporting of Scope 3 is voluntary, yet recommended.

A low-carbon economy is one that is based on low-carbon energy sources that produce the least amount of greenhouse gasses, specifically carbon dioxide. Countries that transition to low-carbon economies may be able to help reverse the effects of climate change. Low carbon economies not only benefit the environment, but they can also benefit both developed and developing countries because low carbon economic strategies frequently align with social development goals.

Supply chains, which extend from raw materials to finished goods, are at the heart of every business. A great supply chain is typically founded on collaborative planning across all functions; first through the thought process, then through the tools used to accelerate and improve this process with focus and engagement. However, given the need to adhere to environmental standards, supply chains should prioritize being sustainable and effective. A sustainable supply chain is one that holds itself accountable for any negative impact caused by any supply chain action. It prioritizes fairness by providing benefits to suppliers, employees, and customers.

The European Green Deal is a set of policy initiatives launched by the European Commission with the overarching goal of achieving climate neutrality in the European Union (EU) by 2050. An impact-evaluated plan will also be presented to raise the EU’s greenhouse gas emission reduction target for 2030 to at least 50% and possibly up to 55% compared to 1990 levels. The agreement, which spans eight policy areas – biodiversity, sustainable food systems, sustainable agriculture, clean energy, sustainable industry, building and renovating, sustainable mobility, pollution elimination, and climate action – represents an unprecedented effort to review and redesign more than 50 European laws and public policies.

The deal aims to accomplish three major objectives. First, it focuses on achieving net-zero emissions by proposing specific strategies to reduce emissions across all sectors, with a strong emphasis on energy, which accounts for more than 75% of total EU-27 greenhouse gas emissions. Second, it aims to decouple growth from resource exploitation, which will involve not only increased technological advancements but also a rethinking of lifestyles, communities, and societies. Third is to foster an inclusive green transition that leaves no one behind, supported by the Just Transition Mechanism, which will provide between 65€ and 75€ billion over the period 2021-2027 to alleviate the transition’s socio-economic impacts.

The Paris Agreement, also known as the Paris Accords or the Paris Climate Accords, is an international treaty on climate change, signed by 196 parties during the 2015 United Nations Climate Change Conference near Paris, France. It addresses climate change adaptation, mitigation, and finance. The long-term temperature goal of the Paris Agreement is to keep the rise in mean global temperature below 2 degrees Celsius above pre-industrial levels, and preferably to 1.5 degrees Celsius, acknowledging that this would significantly reduce the effects of climate change. Emissions should be reduced as soon as possible, with the goal of reaching net-zero by 2050.

Each country is required by the Agreement to determine, plan, and report on its contributions on a regular basis. There is no mechanism that requires a country to set specific emissions targets, but each target should exceed previous targets. The Agreement was praised by world leaders but criticized as insufficiently binding by some environmentalists and analysts.

For a deep dive in the various terms guiding long-term emissions reductions and their implications for an international agreement limiting warming to below 2°C, or 1.5°C, see the glossary of terms from the World Resources Institute. 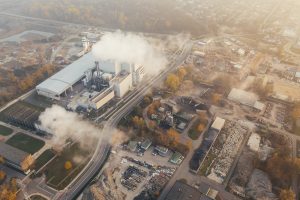 What is carbon footprint and Scopes 1, 2, and 3 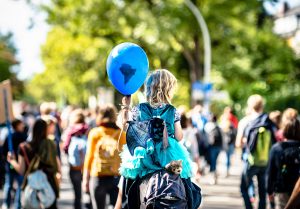 How to become a climate neutral company? 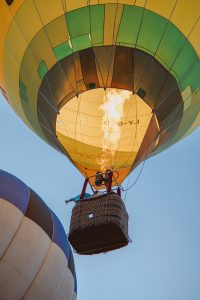 A glossary of terms to get started on climate action

This website uses cookies to improve your experience while you navigate through the website. Out of these, the cookies that are categorized as necessary are stored on your browser as they are essential for the working of basic functionalities of the website. We also use third-party cookies that help us analyze and understand how you use this website. These cookies will be stored in your browser only with your consent. You also have the option to opt-out of these cookies. But opting out of some of these cookies may affect your browsing experience.
SAVE & ACCEPT